I was reading an article About how Black People are seen in Germany according to studies, not because of my personal experience.  I recently got into a discussion with my girlfriend, where she said to me, that she didnt believe that I was being treated differently because I am a foriegner in Germany than anyone else in Germany, so to say in comparison to a German.  She added that it was me, and that I didnt take into consideration that it was how I handled Things (financial problems). It was how I handeled things, that caused debt collectors to not contact me, before taking money from an savings account, after it was promised to me that I would be contacted. 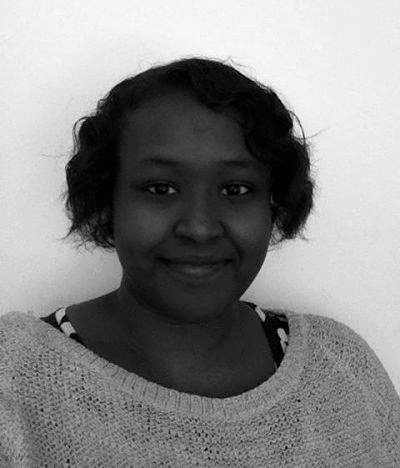 Germany doesn’t see race—or at least it pretends not to. Racial categories that are commonplace in the US and UK—such as white, black, and Asian—don’t exist in Germany. The government doesn’t see any need to measure the number of ethnic minorities in certain schools, universities, and jobs, because it doesn’t want to divide its citizens. The prevailing argument, which holds in much of Western Europe, is “if you don’t want to create racism, you have to avoid using categories,” says Simon Patrick, a senior researcher at the National Institute for Demographic Studies. Everyone is German, the thinking goes, and should be treated the same across the board.

To some, these are lofty principles aimed at boosting equality. But many feel they harm racial progress. While the racist sentiments of the far right often spark heated debate, there is little discussion of the deep-seated discrimination plaguing established communities of color on matters like education, policing, and employment. The election’s focus on immigration has overshadowed these issues, leaving black, Asian, and ethnic minority communities in the dark.

In a country that prides itself on the use of data and evidence, the lack of information speaks volumes.

One size fits all

Germany doesn’t collect racial statistics (i.e., black, white, Asian). So while the US knows its black population makes up roughly 13% of its population, and the UK’s black population amounts to roughly 3%, Germany is clueless. A UN team that recently examined racism in Germany estimated there to be many as one million people with “African roots” in Germany, more than 1% of the population. But such estimates are unreliable, partly because it’s unclear how many black people would identify as having “African roots.”

What Germany does document is the country of origin of recent immigrants. According to official statistics, one in five German residents are now first or second-generation immigrants, meaning either they were born in another country or have one parent born in another country. (For a rough sense of comparison, 11% of France’s population has at least one immigrant parent.) Among German voters, one in ten have a migrant background. The country’s largest immigrant block (amounting to just over half of its immigrant voters) is made up of ethnic Germans from largely former Soviet countries (largely known as Spätaussiedler) and Turkish Germans.

Beyond that, the demographic data is extremely hazy. All ethnic minority Germans who aren’t first or second-generation immigrants are just labeled “German.”

But I am not German, and never will be until I die.

‘I Will Never Be German’: Immigrants and Mixed-Race Families in Germany on the Struggle to Belong

Thirty years after Germany’s unification, nearly 500 readers shared with us what it means to be German.

I am a native of Chemnitz and lived abroad for 22 years. I returned to Germany in 2017 to live in the Saxon city of Leipzig with my husband, who was born in India and raised in Dubai.

As a mixed family, we are still trying to figure it all out. I was sad and disappointed that we felt we could not attend an anti-racism demonstration last year simply because I feared for my husband’s safety.

I’ve had to stand up to close family members and call them out for spreading inflammatory content — something I don’t yet know if our relationships will be able to recover from. But I have also been amazed by my mother’s courage. She is 69 and went alone to the anti-racism protest, which 65,000 people attended, on her and our behalf.

The time for quietly standing by is over. But it is incredibly encouraging to see the strength of our support.

I was able to find something, that could help or at least a few numbers and hotlines, to contact if I feel Im being discriminated against.

2 thoughts on ““Black people in Germany are mostly invisible””